I came home from school, because we lived near school. I came home around three–thirty, and I saw these two men and I didn’t know what was going on, because they must have been at our house for some time. And I, I think they went through the whole house, the outside, and I really didn’t know what was going on but I saw those great big FBI men come in, lookin’ around. And it really… I was really more of less petrified, what to do. But I felt very fortunate I had older sister and brother that I could kind of lean on, because I didn’t know what they’ll do. Later on, they took my dad around five o’clock, and I think I remember my dad went to the corner and prayed. And they said, “What is he doing?” I said, “He’s praying because he didn’t do anything wrong.” And, but they took him anyway. So it was before dinnertime and we were sad, we were crying, shocked, scared.

And later on, I don’t know what time it was, there was a knock on the door, and we got more scared. Then we opened the door, and here was Dad, they brought him back. They took him to Fort Ward with other Isseis. But if he had taken him on the ferry to Seattle, I don’t think he would have been able to come home. They would have taken him to Missoula like other Isseis. But, I don’t know why, but we were so grateful to see him return. Because actually he was very active in Japanese community. Why he was returned, I don’t know, but I thank God for that. He came home.

With Nobi Omoto
Exclusion and Internment
FBI Inspections and Roundups 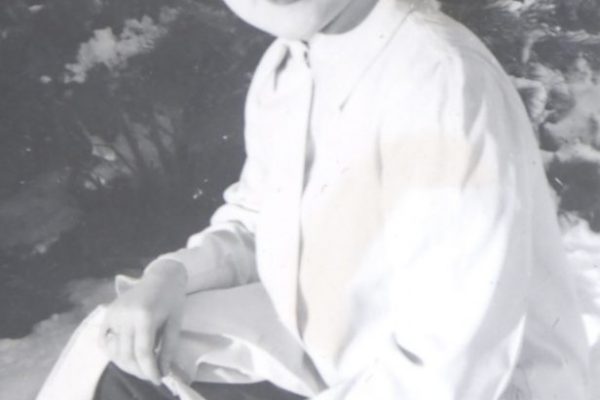 Nobuko Sakai Omoto was 18 years old and in the twelfth grade when she was evacuated. She is the third oldest of six children.