Tats Kojima: When you’re going to school, you’re part of the group, part of the school, so you’re an American and you, you’re in the culture and everything. But when you get home and when the Japanese Americans or Japanese community has their own group and we don’t mix with the Caucasians, then you realize you’re not part of the American, ’cause you still got your culture. We, we go to the picnics, it’s all Japanese, and you go to the movies, it’s all Japanese. So, you know you’re different.

Interviewer: After Pearl Harbor, and, can you describe to me what it was like at school, what, with the other kids at school?

Tats Kojima: We were very quiet. We didn’t say anything because most of the kids, you knew that they weren’t friendly. They wouldn’t come up and, you know, meet us like they were the week before. Because I was in a group with the jocks and, you know, and all I remember is the principal gathered us all in the auditorium and he said the war is on, and I can’t remember what else he said, but he was trying to get everybody assembled and said we were American, but there was really no response. The students were real cold from that day on. 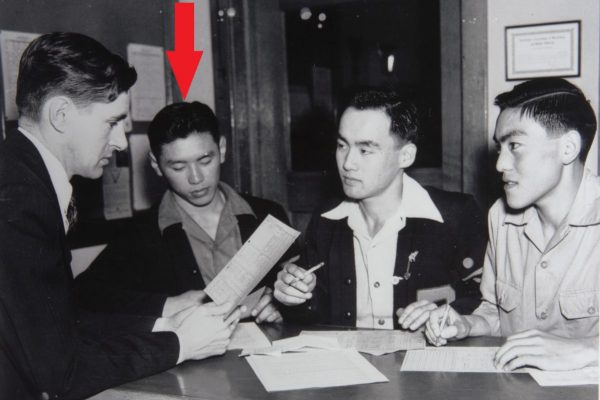 Tats Kojima was 18 years old and in the twelfth grade at the time of evacuation. He has two younger sisters. Tats' father was taken by the FBI and interned in a Department of Justice Camp in Missoula, Montana. He rejoined his family after they were in Manzanar.

Your ticket for the: Treated differently at school – Tats Kojima (OH0027)