We were all too naive, in a way. That is, my age group — then ’bout eighteen, nineteen — … I’ve often wondered, Frank, that had we had a large body of adult Nisei — by adult Nisei I mean those in the thirties and forties — who would have been in a better position to look at what’s happening and maybe to provide some guidance for those of us who were younger who knew very little about what was happening.

Sometimes I wished, if we could ever do it, recreate that particular moment and say that the Niseis stood up and said, “No, we won’t go.” Whereas we played the other game of what we were told — and this now comes from the Japanese American Citizens League — that is if you don’t cooperate… I mean the message was, “Do what you’re being told to do,” because somebody else knows better than you do. You know, deny all the things that I’ve followed since.

So that when you asked if I had any inkling, no, other than immediately after Pearl Harbor… this is the kind of question we get frequently, “How did our neighbors react?” Individually, a couple of men came to us and said, “We know you’re loyal, but I can’t vouch for the other on the island.” Somewhere along there, either we totally — “we” meaning the Niseis — we didn’t do our job properly. Maybe the… we should have had a whole mass of Caucasians saying, “These are loyal people.” But we didn’t. So we all went peacefully because we were told what we should be doing.

With Sada Omoto
Exclusion and Internment
Exclusion Order No. 1 and Preparing to Leave 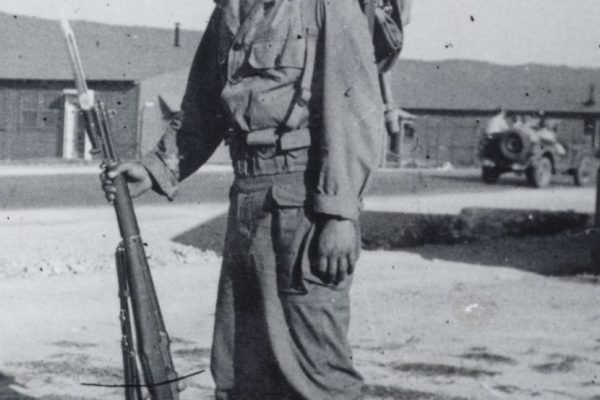